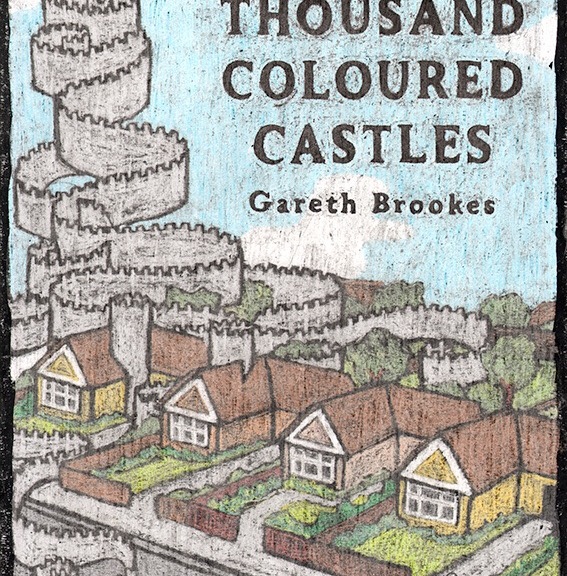 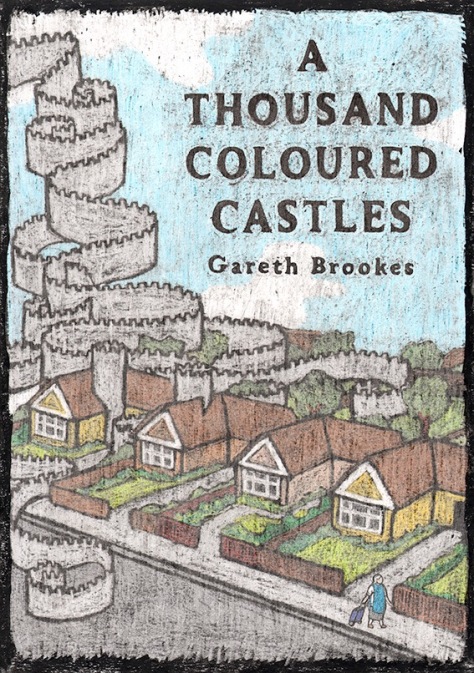 A Thousand Coloured Castles is Gareth Brookes’ exploration of Charles Bonnet Syndrome. Featuring an older woman, Myriam, who is diagnosed first with macular degeneration, this graphic novel explores Myriam’s strange visions as she sees figures like soldiers with ladders on their heads, plants growing out of telephone wires, and people with dressers on their heads. Myriam questions her own sanity and isn’t certain she wants doctors to diagnose her condition. When she eventually discovers that she has Charles Bonnet Symdrome, a condition related to deteriorating vision that causes complex visual hallucinations, she still has to deal with her husband and daughter who don’t understand her condition and disregard her, calling her barmy.

Not only does Gareth Brookes bring attention to Charles Bonnet Syndrome in his comic, he brings attention to the way that the medical conditions of women, and particularly older women, are ignored or treated as personality quirks. Myriam is constantly ignored by her family and perceived as being someone whose perspectives and insights aren’t worth paying attention to.

Gareth Brookes uses a medium of art that simulates visual deterioration, drawing his comics in crayon, covering them in black crayon and then scratching the top layer away to reveal the image underneath. The result is a darkened comic with fuzzy, black edges that the reader has to work to see, simulating the experience of visual disability.

The comic uses faces without features to create universal images where anyone can project their experiences. These faces allow for the characters to be any person rather than fixing them to one identity.

A Thousand Coloured Castles is a powerful comic that tells a story of disability, ageing, and being ignored.

To find out more about A Thousand Coloured Castles and other Graphic Medicine publications, visit http://www.graphicmedicine.org&nbsp;